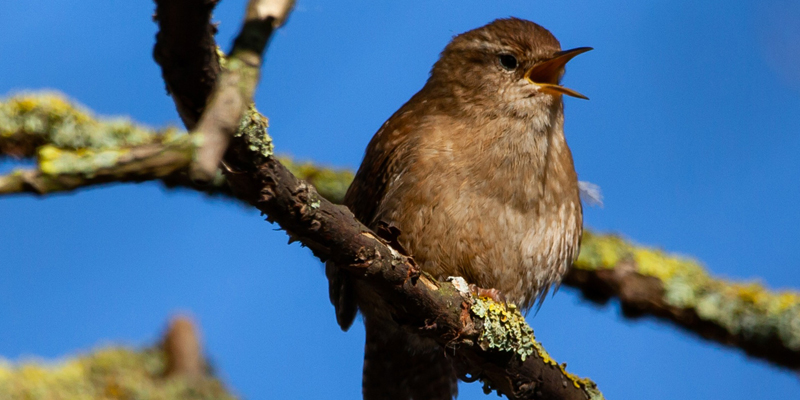 Today let’s travel to Isle of Man and explore an unusual custom! December 26th is the modern day of Hunt the Wren, but it is thought that centuries ago, this was celebrated on Christmas eve or Christmas day. Pre-dating written record, this tradition has a few variations from centuries ago across the British Isles and western Europe, regarding its origin. Today we will focus on the origin specific to Isle of Man.

It is said that a fairy, known as Tehi Tegi, would attract the men of the island, with the intention of harming them. She lured them to the river, crossing it with ease. When her mesmerized suitors attempted to navigate the waterway behind her, the river raged, and many were swept away to their deaths. The few that managed to negotiate the roaring river attempted to capture Tehi Tegi, but she transformed herself into a wren, flying away to freedom.

Each year following, the Manx would hunt the wren, to rid the isle of the feathered witch. The hunters would then bring their bounty back to the local church, and the birds were plucked and buried. The feathers of the wren were believed to ward off evil and witchcraft, protecting fisherman from death at sea, and bringing good luck.

It evolved to placing the birds atop spears adorned with evergreen and ribbon, parading them through the town. Spectators would dance and sing, hoping to receive the feathers of good fortune, often giving a donation when they received the lucky feathers.

Today it’s observed similarly, with singing, dancing, and jubilation. The wren is now symbolic, so rather than using a sacrificed bird, a feathered potato may be found in its place, or omitted completely, some using just a festively decorated wren pole.

This is an example of the lore behind Hunt the Wren in Isle of Man, but we encourage you to delve into the other folklore about this tradition!

Interested in becoming a sponsor? Fill out the form below, and a member of our board will be in touch soon!