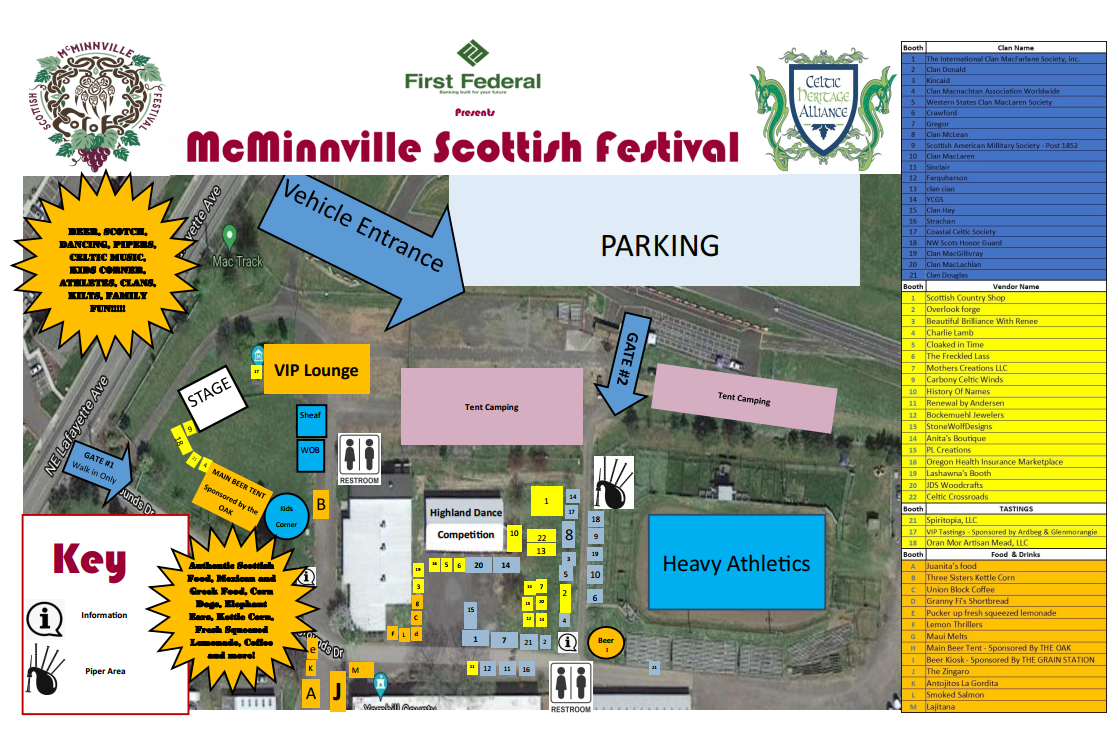 McMinnville Scottish Festival .. We’re putting the “Mac” back in McMinnville

McMinnville has grown to be an internationally recognized city in the heart of Willamette Valley known best for its small town main street, and its place in the rich Willamette Valley wine industry, early UFO sightings, and the resting place of the Hercules (Howard Hughes’ Spruce Goose).

With all this attention it seems few have pondered why it bears the name of McMinnville? Did anyone of importance in city history have that name? Are there Scottish or Irish roots?

As it turns out, no one in the city’s history was named McMinnville. The city’s founder William T. Newby (1820–1884), an early immigrant on the Oregon Trail, named the city after his hometown McMinnville, Tennessee. He must have cared for his home quite a bit to establish a city across the country with the same name.

McMinnville does indeed have Scottish roots; however, McMinnville, Tennessee was named after Governor Joseph McMinn (1758-1824). His grandfather, Robert McMinn (1690-1757) emigrated from his home in Perth, Scotland, to make a home in Lancaster County, Pennsylvania.

By importing the name of his hometown, William Newby intentionally, or unintentionally, brought a bit of Scotland to our city, McMinnville.

The Celtic Heritage Alliance builds on that Scottish connection and brings the “Mac” back in McMinnville with the McMinnville Scottish Festival! Join us October 9th and 10th, 2021 at the Yamhill County Fairgrounds.

Looking to lend a hand and experience the festival in a whole new way? Our volunteers love helping out at the McMinnville Scottish Festival, and a huge number returned to volunteer after their first year. You get to work alongside some great people, and there are some pretty great perks that go along with it! If you’re interested in volunteering for the festival, there are many different options. Visit our volunteer signup, and take a look. We bet you’ll find a spot just for you!

Volunteer at the Festival!

Please complete the below contact form and we will respond to you as soon as possible.