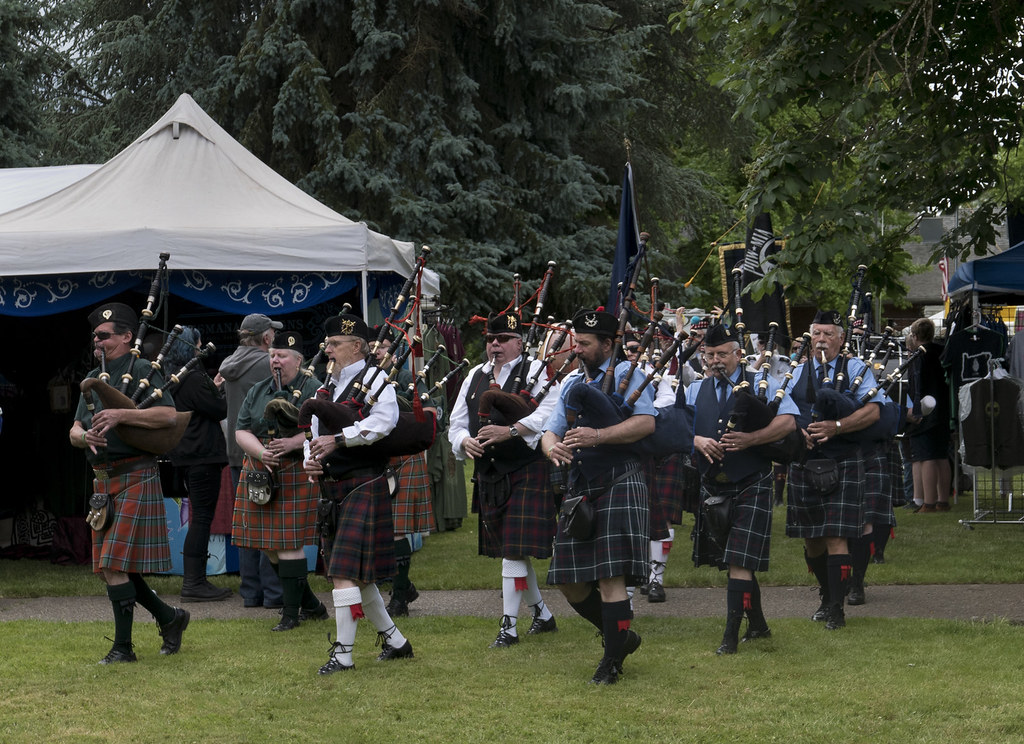 Our website is new and we will be adding more clans on a regular basis. Interested in making sure your clan is listed? Fill out the contact form below, and include your clan name in the subject line (ie Clan MacLaren). Include in the body of the message your website and a paragraph summary to include on our website. 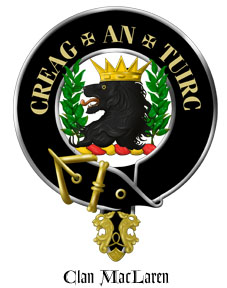 Clan MacLaren Society of North America (CMSNA) is a Scottish Family society promoting the history, arts, and tradition of Scotland and of Clan MacLaren

Clan MacLaren has, along with Ferguson and Stewart of Ardvolich, occupied the lands in Balquhidder and Strathearn since the 12th Century, where they were the predominant clan. The name derived from Labhran (Laurin) of Achtoo who was hereditary Abbot of Achtus in Balquhidder in the 13th Century. The MacLarens signed the Ragman’s Roll in 1296. In the 14th Century they became Crown tenants without actual ownership of the land. The MacLarens were a warlike clan with strong ties to the Stewarts of Appin. The Clan fought at Flodden in 1513, and suffered severely at Culloden with the Jacobites, on the side of Bonnie Prince Charlie, in 1746. Sir Walter Scott visited Balquhidder on legal business, which he describes in the introduction to “Rob Roy”. In “Redgauntlet” he describes the escape of MacLaren of Invernenty after Culloden.

In 1672, after many official records were lost, an Act of Parliament ordained that all nobility and gentry in Scotland register their armorial bearings with the Lord Lyon. Because of the earlier loss of the legal title to Clan lands, the then chiefly head of the Clan Labhran, and his successors, did not trouble to register his arms. The result was that the Clan became officially chiefless and landless pending compliance with the Act. Of course the Clan continued to recognize its own chiefs, and during the Jacobite rising came out as a Clan. In 1957, Donald MacLaren (father of the current Chief) finally complied with the Act by recording the ancient Arms in the Lord Lyon Register. The Chief also acquired title to a small part of the traditional Clan lands including the ancient gathering site of Creag an Tuirc) and the stigma of “chiefless and landless” was removed.

The heartland of the Clan MacLaren lies in and around the parish of Balquhidder, and the hills that slope north from Loch Voil and Loch Doine, which are known as the famous Braes o’ Balquhidder. The parish is 18 miles long and 7 miles wide, and includes the west end of Loch Earn and most of Loch Lubnaig. The ruined Kirk of the village is dated 1631, and lies near the site of an even earlier church. The present church was built in 1855. Graves in the kirk yard date from 1685 and include that of Rob Roy MacGregor. The ancient rallying place of the Clan was Creag an Tuirc (The Boar’s Rock), which is on a small hill overlooking the Kirk, and can be approached by a fairly steep path. 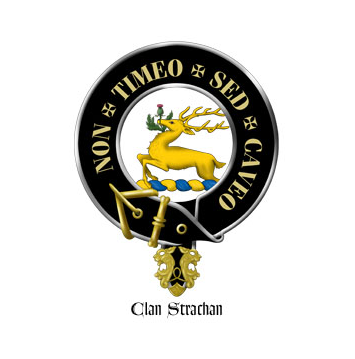 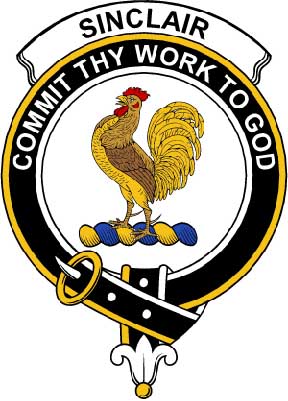 One of the oldest clans represented at Highland Games in Oregon (1976). This is a clan with two bases, one group in and around Roslyn and one covering most of Caithness, sharing it with Gunn and Sutherland. The Clan has one tartan pattern with 7 color styles. 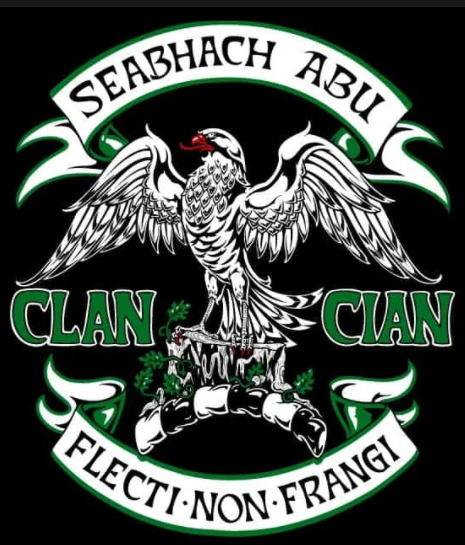 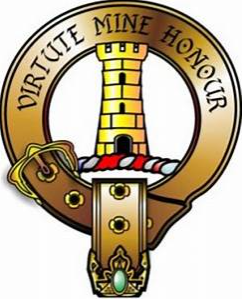 The MacLeans have been on the scene in the Inner Hebrides as the right hand to the Lord of the Isles, The MacDonalds. In a culture that glorified warfare the MacLeans were, perhaps the most glorious of all the clans. Since the 13th century various branches and the Chief and Chieftans occupied Mull, Iona, Islay and other Inner Hebridean Islands. The main Cheif, Sir Lachlan, the 28th, resides in Duart Castle on Mull. 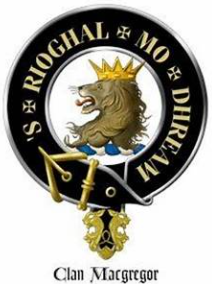 Clan Gregor, also known as MacGregor, is one of the oldest clans in Scotland. They are said to be descended from Kenneth MacAlpin, the king who united Scotland back in the 13th Century. It was the MacGregor Clan who laid claim to ruling status. The old MacGregor motto is “Royal is my race.” 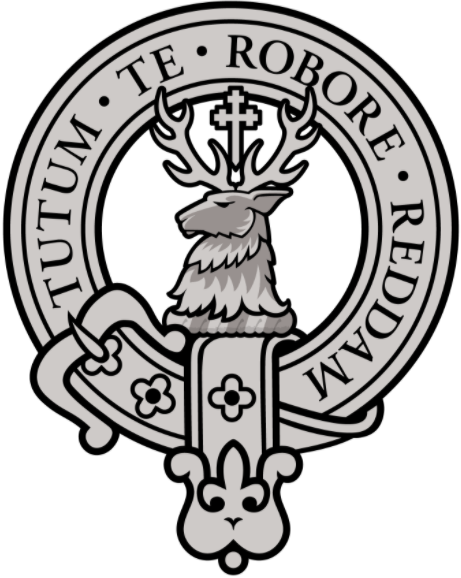 Crawford [Craufurd] is a place name for a river crossing where bloody Roman battles were fought. (Crau is Gaelic for blood and Furd is fjord). This is the place that Thor Longus (Thor the tall, a Viking) made his home while helping the King of the Scots fight off William the Conqueror of France. The Great Liberator, William Wallace, was the son of Margaret Crawford of the Ardmillan Crawfords.

The Western States Clan MacLaren Society includes all states and Canadian Provinces either West of the Continental Divide or intersected by it, so by that definition, it is truly a Western Regional group.
The purpose of WSCMS is ‘to foster and encourage interest in the history, culture, and traditions of Scotland in general and Clan MacLaren in particular, as well as providing information and education regarding the same, and to promote collegiality and friendship among members. 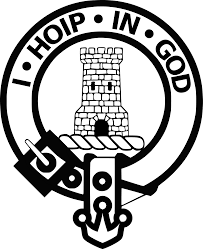 The following inscription, in Roman letters, can still be traced above the door of Dunderave Castle, on the shores of Loch Fyne: — Carved above the main castle door.
“1598
I MAN • BEHALD • THE • END • BE • NOCHT • VYSER • NOR • THE • HIESTEST
I HOIP • IN• GOD.”
The name is derived from Dun-an-Rudha, the “knoll on the promontory.” Here a knoll or bluff of rock rises up almost perpendicular from the sea, and behind this the castle had been built, now pronounced Dùn-da-ràmh, andin English Dunderav or Dunderave.” 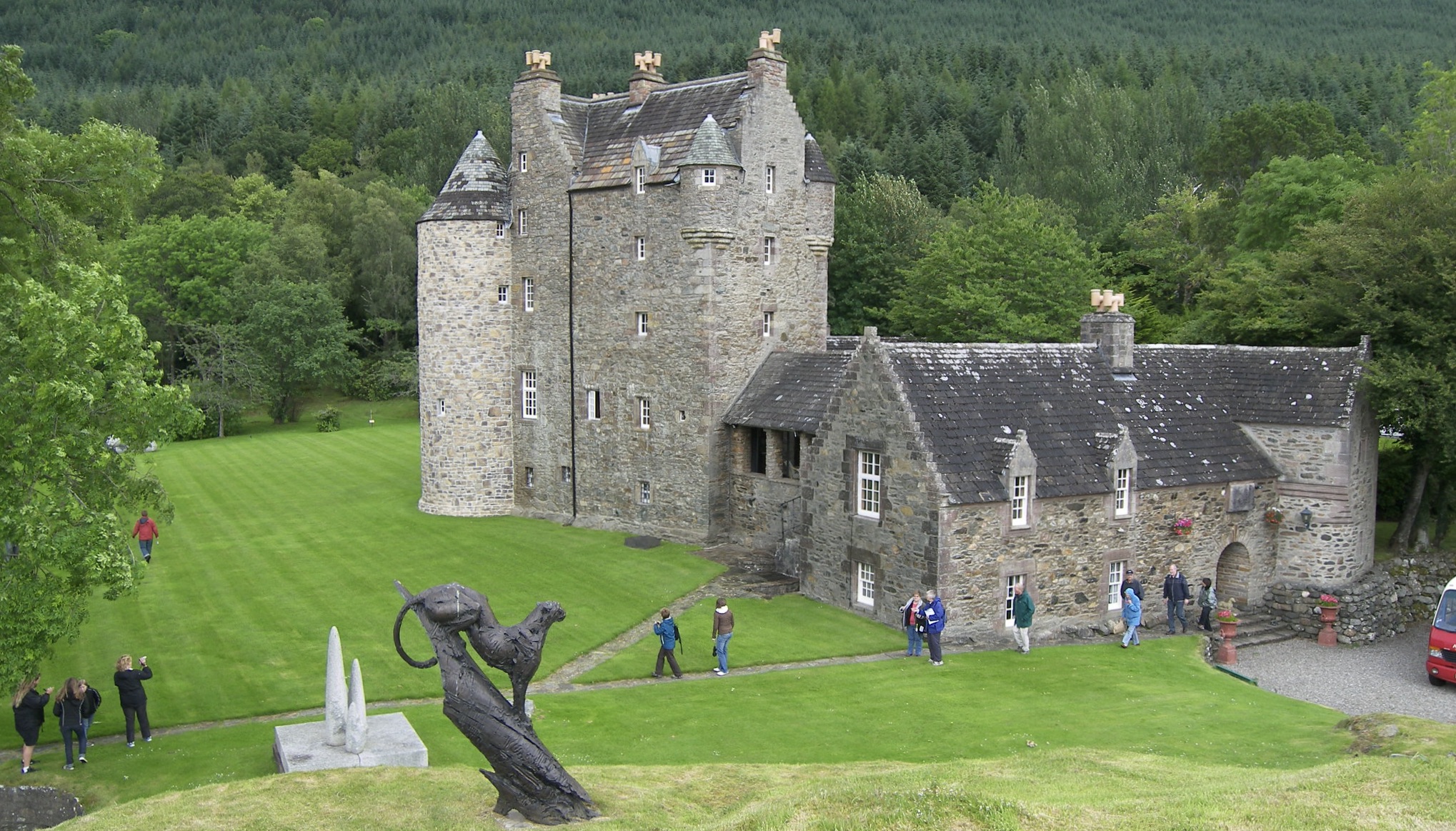 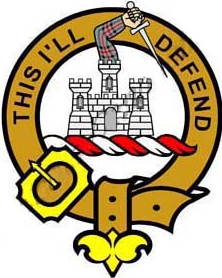 Over the past millennia or so the extended Kincaid Clan has produced some fascinating characters; these include the Kincaid instrumental in the recovery of Edinburgh Castle from the English in 1313 A.D., to the celebrated seventeenth century witch-pricker(!) John Kincaid, to the rather more recent Rear Admiral Thomas C. Kincaid of the U.S. Navy who served with such distinction under General MacArthur during the Second World War.But the
Clan is not just about characters from history – but about today. We live in a fast-moving and ever-changing world where our roots and sense of belonging are constantly challenged and under threat. Within our thriving Clan society we encompass Kincaids young and old, living in Scotland, England, Europe, in North America, Australasia and no doubt elsewhere. We have recently enjoyed a Clan Gathering in Scotland with many Kincaids coming from such places and we can all enjoy the sense of belonging within the wider Clan Kincaid family across the globe. 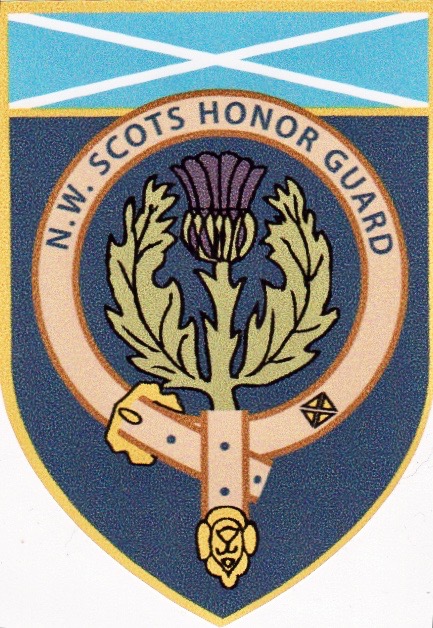 Northwest Scots Guard
The Northwest Scots Guard is a 501-C-3 non-profit organization dedicated to promotion and preservation of Scottish heritage and culture. Membership is open to all regardless of heritage, gender, ethnicity, or race. The Honor Guard provides color/honor guard services for weddings, funerals, parades, commemorative events and memorial services. The Honor Guard is affiliated with the US Department of Defence to honor Vietnam Era Veterans by distributing the Congressionally issued Eagle Pin of Recognition and Appreciation. All services to veterans and their family are free of charge. 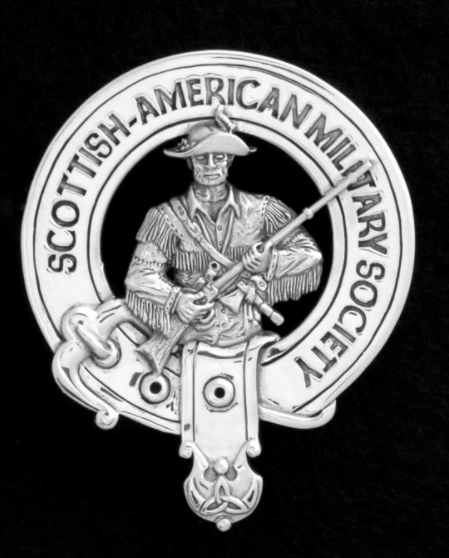 The Scottish American Military Society (SAMS) was formed in 1981 as a military veterans organization. The membership is composed primarily of veterans of Scottish ancestry who have served –– or are serving –– in the Armed Forces of the United States and the Commonwealth. Membership is open to honorably discharged veterans or active duty or reserve military persons who have served or are serving with any branch of the United States or Commonwealth Armed Forces. 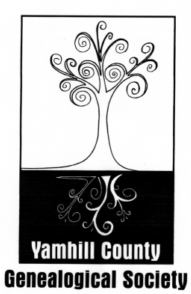 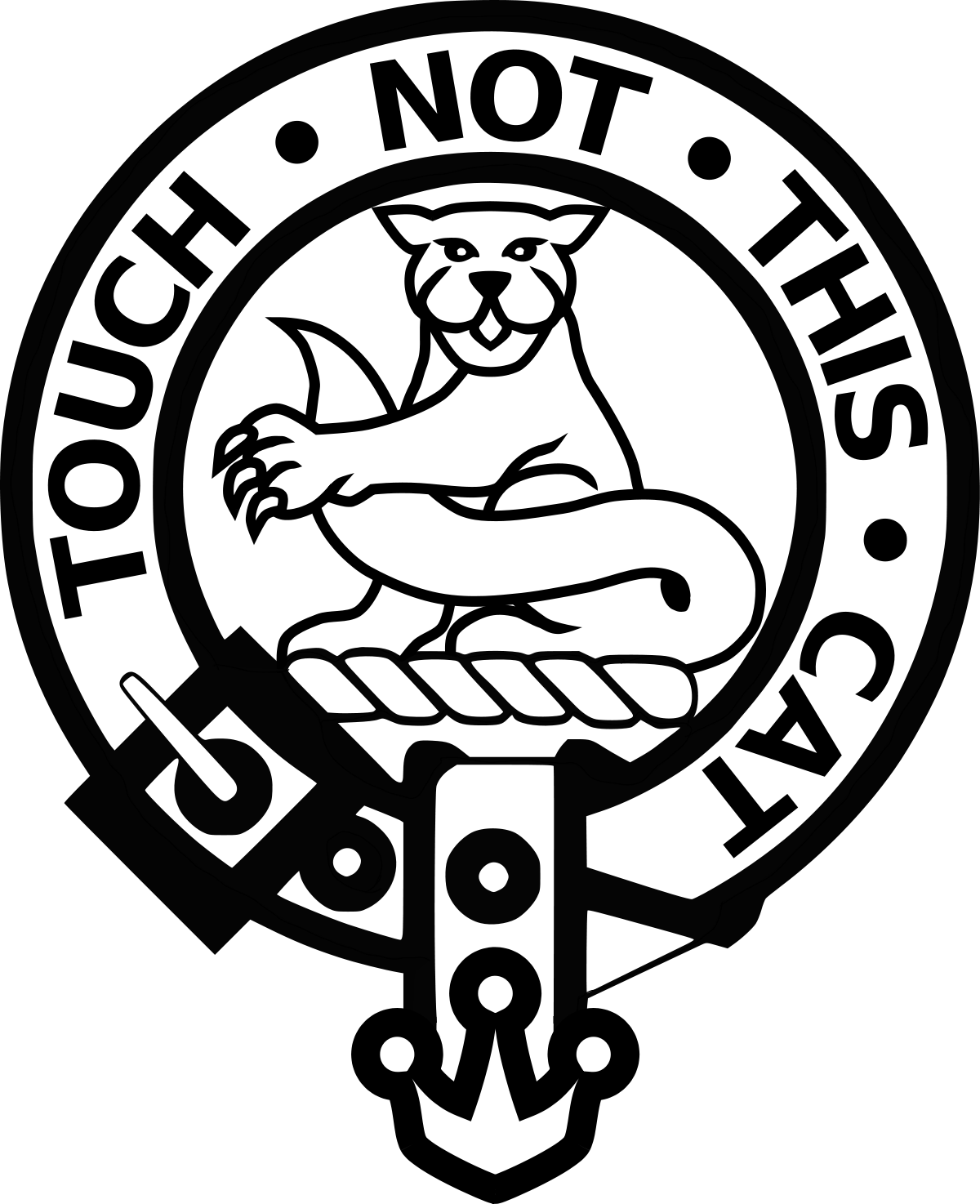 The MacGillivrays feature in early Western Isles folklore associated with the Macleans of Mull, and the name translates from the Gaelic as “Son of the Servant of Judgement.”

Clan Mhic Gillebrath, occupying Morvern and Lochaber, were one of the clans dispersed by Alexander II when he took control of Argyll in 1222, and tradition has it that it was at this stage that Gillivray, the Chief, sought protection from Clan Macintosh and entered the Clan Chattan Confederation. The first written record of their existence is in Dunmaglass in 1549, and at the great Clan Chattan gathering of 1609, the ‘kin and race of Macgillivray’ were represented by Malcolm of Dalcrombie.

As with other members of the Clan Chattan Confederation, the MacGillivrays supported the Jacobite Cause. In 1745, the Mackintosh Chief was serving as an officer in the Hanovarian army and Alexander MacGillivray was placed in charge of the regiment raised by Clan Chattan to fight at the Battle of Culloden, where he fell among many of his followers. After this terrible disaster, and the ensuing Highland Clearances, many MacGillivray clansmen emigrated to North America, Canada and Australia. 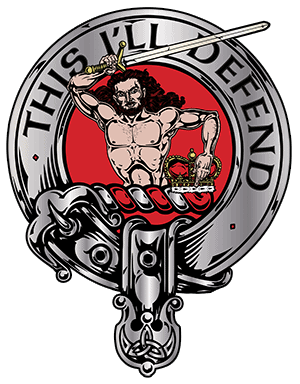 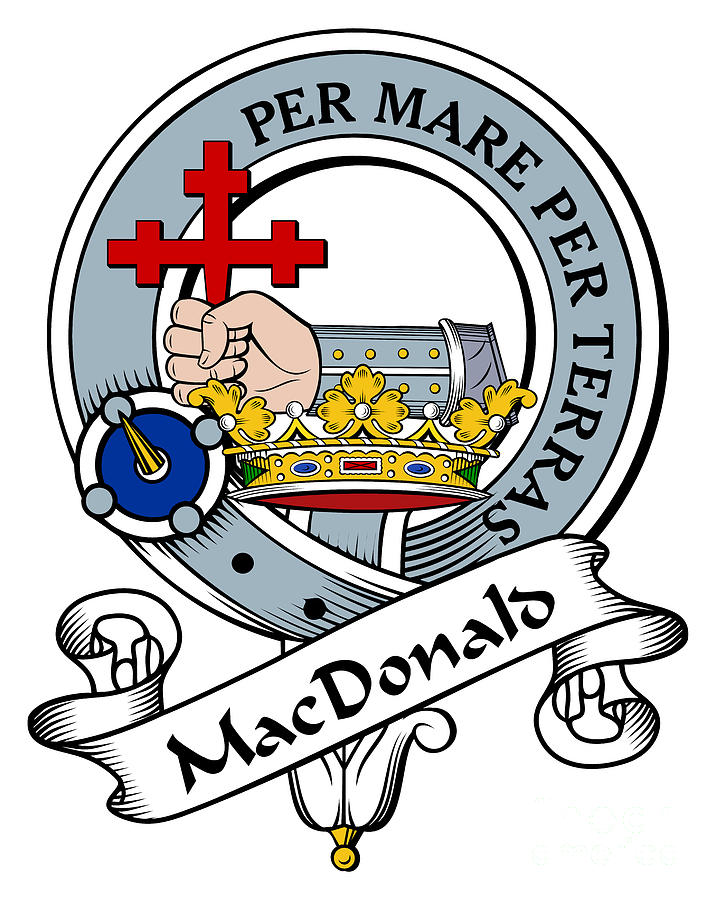 Clan Donald is one of the oldest, and probably the largest and most famous of all the Highland clans. Its Celtic heritage goes back into antiquity, beyond the 6th Century AD, to the great clans in what today is Ireland, Conn of the 100 Battles, Cairfre Raida, founder of Dal Raida in Antrim, Eire, and Colla Uathais. Our Viking heritage goes back to Ingiald “Ill-Ruler” and Olaf “Tree-Hewer” in 7th Century Sweden and Norway. All of these traditional blood lines came together in the 12th Century Somerled MacGillebride MacGilladamnan, the historic founder of Clann Domhnaill. Our ancestors were regarded as the heads of the ancient race of Conn, and the lineal heirs of the kings of the Dalriadic Scots. 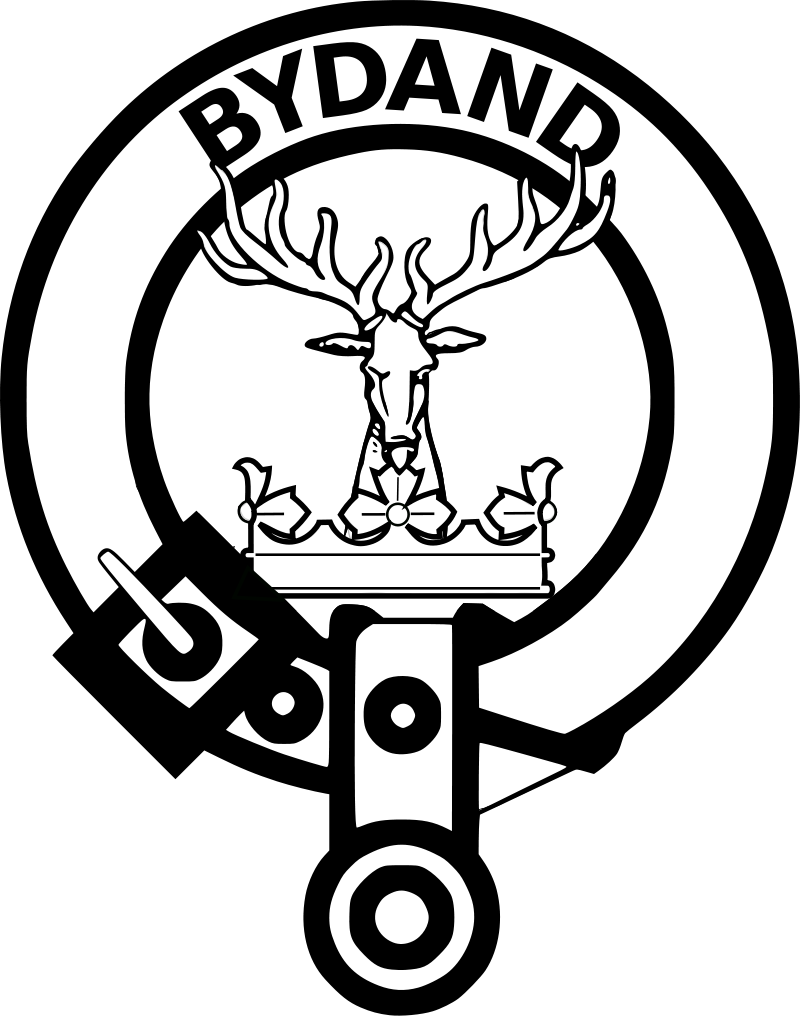 Clan Gordon was part of the Norman invasion with the Auld alliance.
Originally a lowland family, they were granted lands in Strathbogie (Aberdeenshire) as reward for their loyalty to Robert the Bruce.

Sir Adam Gordon was tasked with carrying the Declaration of Arbroath to the Pope.

The clan chief is the Marquis of Huntley and is currently Granville Gordon.
We have a rich history and close family connections to the Stewarts and Keith clans. 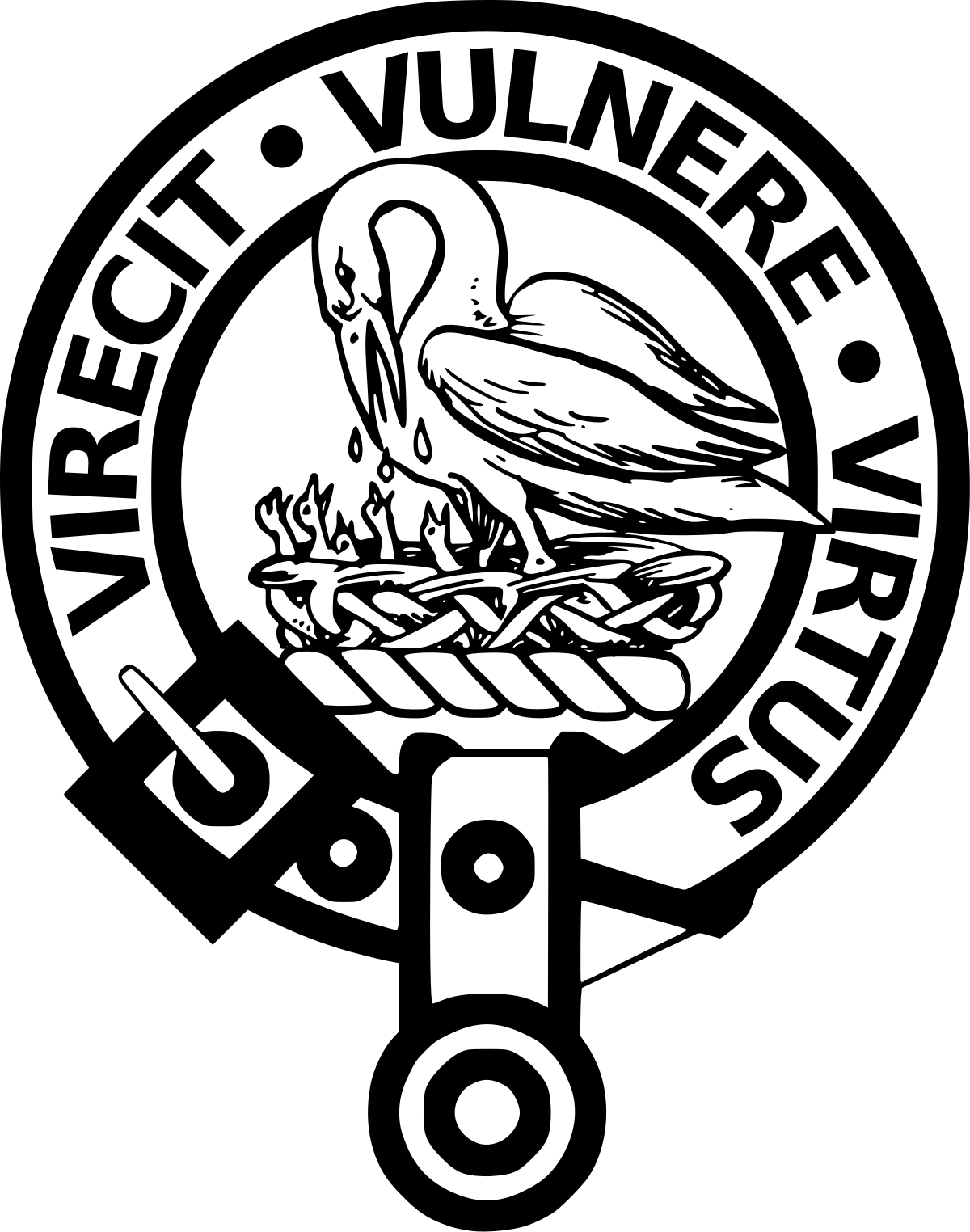 From its beginning at Grandfather Mountain Games in 1975 with ten founding members, Clan Stewart Society in America has grown to an international organization with members in a number of countries worldwide. There is no hereditary chief to whom Stewarts offer allegiance. We do maintain cordial relations with our sister organization, The Stewart Society in Edinburgh, Scotland. 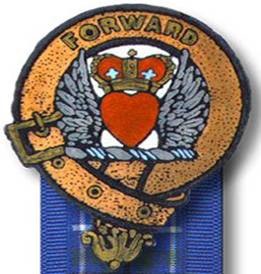 “Of all the great families of Scotland, only ONE NAME could cause the English to quake in their boots or turn tail and run. Only ONE NAME had the power and prestige to provoke the Stewart kings to jealousy and murder. Only ONE NAME can claim its history as the history of Scotland itself.
I am here to represent that ONE NAME and all the other names that comprised that ONE GREAT HOUSE: the House of Douglas is here. A DOUGLAS! A DOUGLAS!” 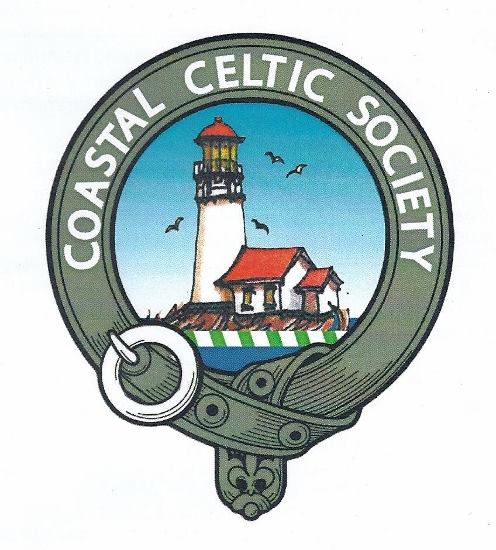 The Coastal Celtic Society is committed to promoting education and participation in the heritage of the Celtic traditions and celebrations. We support the Scottish Highland Games and Celtic Festivals of the Pacific Northwest. Our objectives are to maintain the heritage of our culture by assisting others in their quest of Celtic history and traditions. And we know how to have a good time! 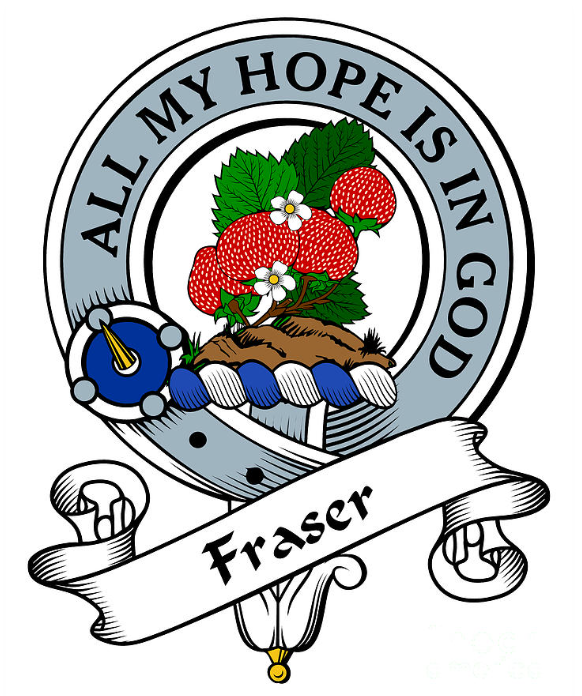 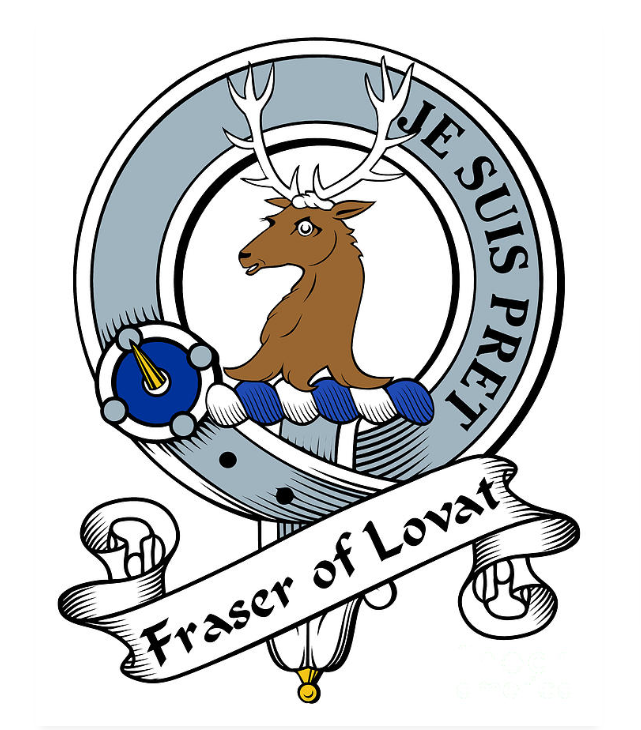 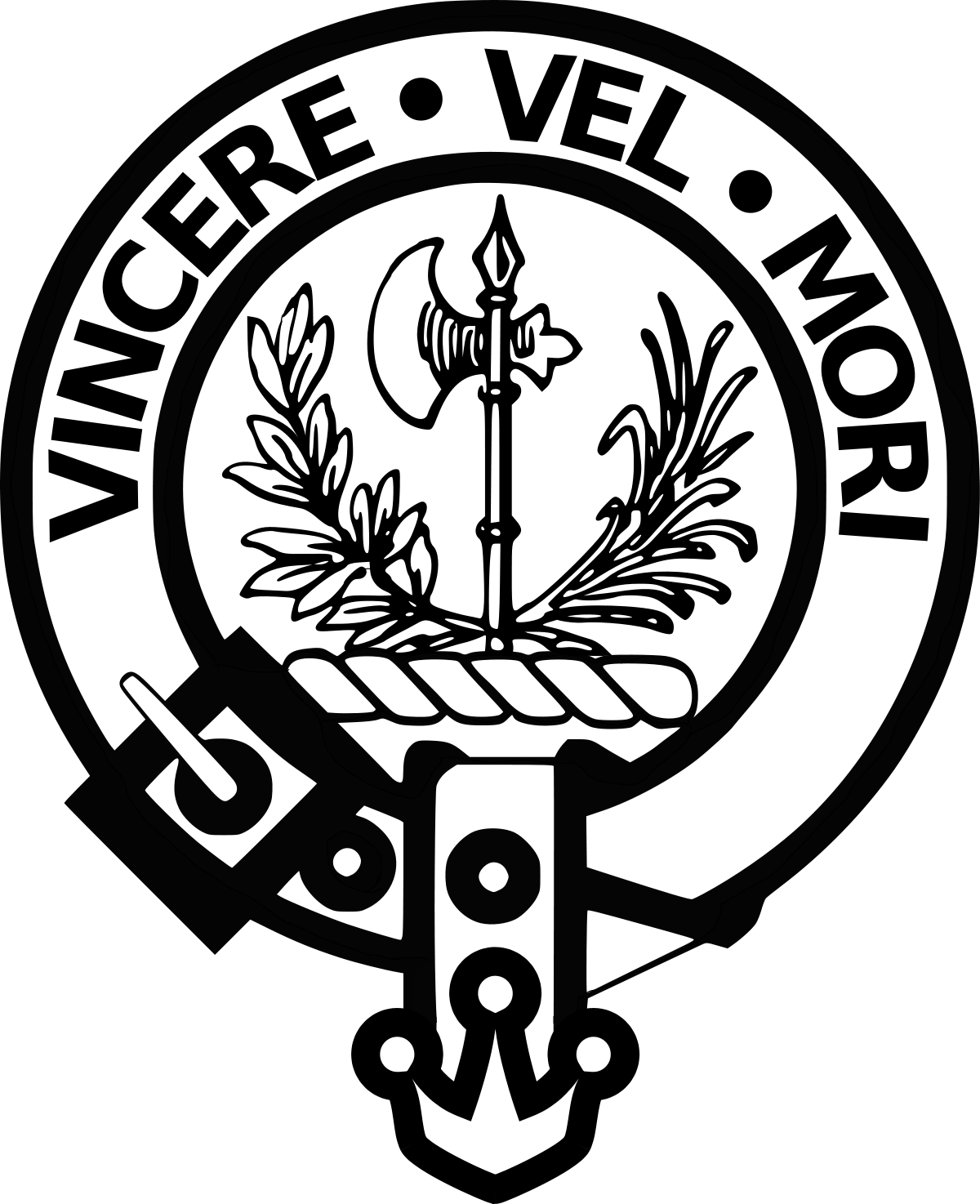 Clan MacLaine of Lochbuie is a Scottish Clan that originates from “loch buie” on the isle of mull off the coast of Scotland. 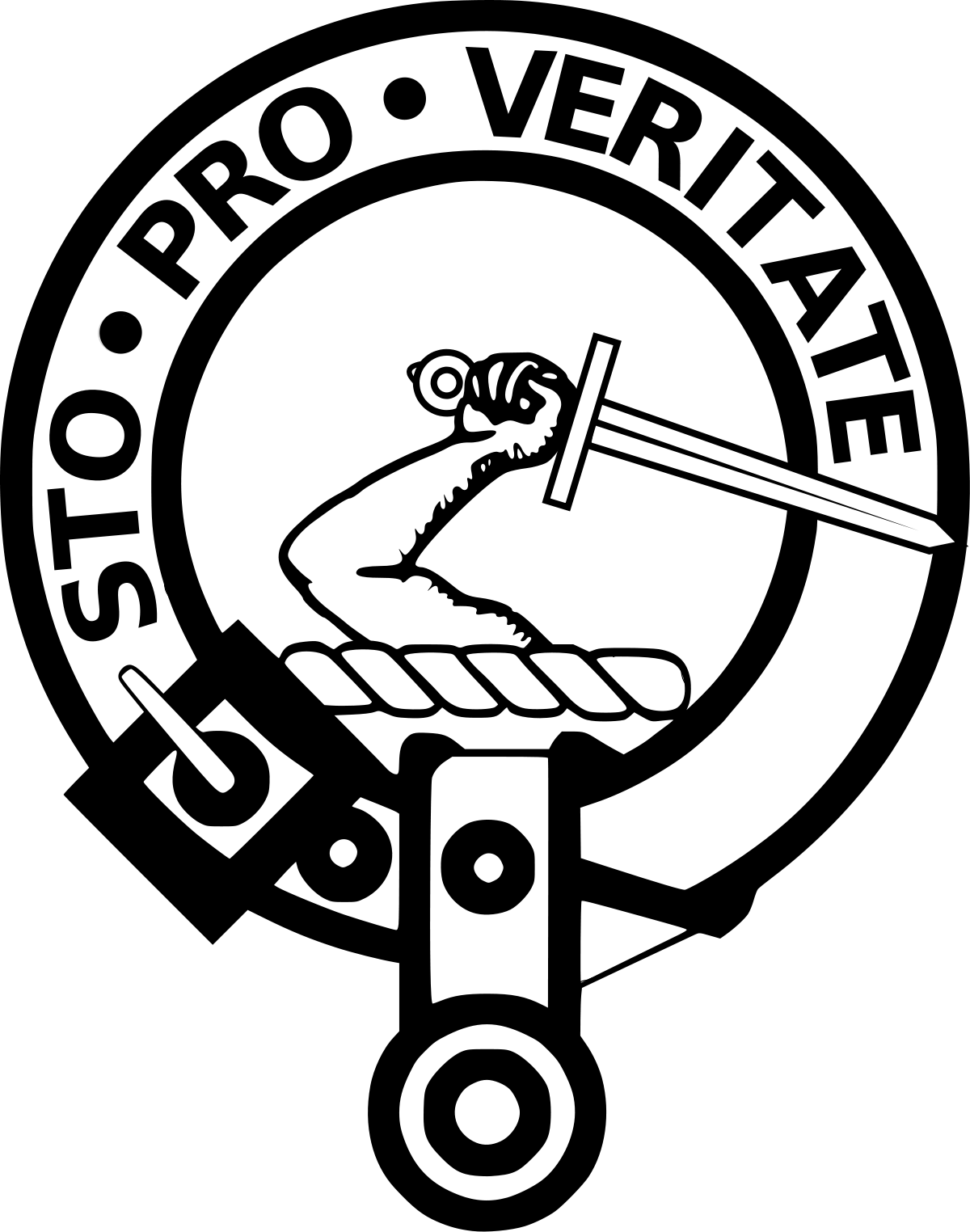 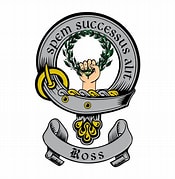 https://clanross.org
Hope Nourishes Success is the Clan Ross motto. The first record of this name in Scotland is in Ayrshire, where, in the 12th century, much of the northern part was held by the Ross or Ros family, a family of Norman descent, who came from Yorkshire. 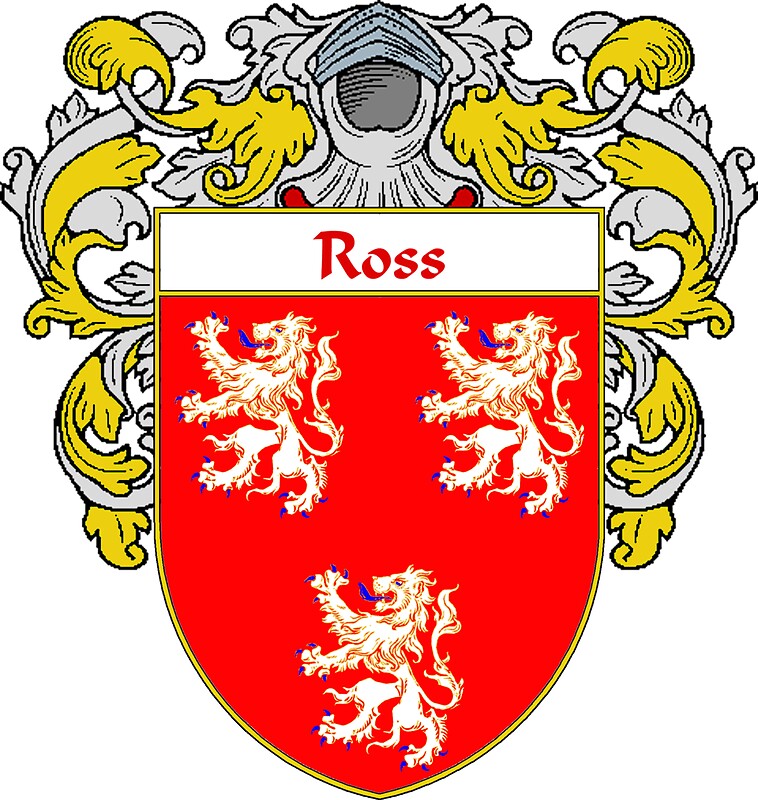 Please complete the below contact form and we will respond to you as soon as possible.