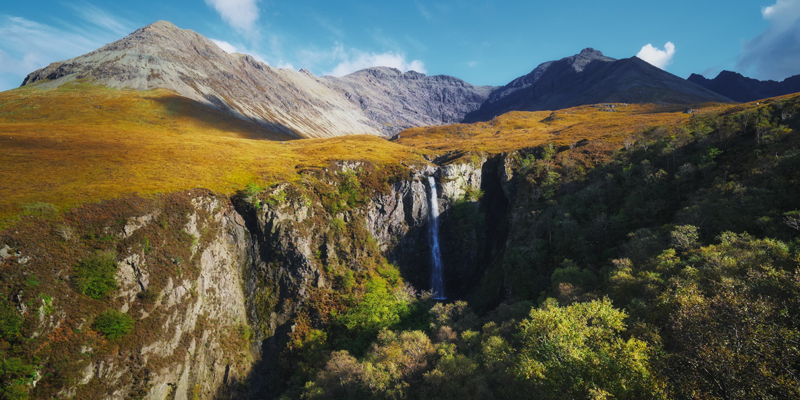 Today is the 41st anniversary of the Mt. St Helens volcanic eruption here in the Pacific Northwest. After ash blanketed the landscape of many northwestern states, it was a definite reminder that mother nature is not one to be trifled with! Because of this anniversary, we thought it a great time to explore a little volcanic history of some Celtic nations.

As far back as 450 million years ago, the area was active with hot-tempered peaks, and the remnants of that time are still present today.

When you think of Scotland, the first thing that comes to mind probably isn’t hot lava or volcanic ash. Believe it or not, the area that we now know as Scotland has many a magma-tic tale to tell. In Edinburgh, Scotland, Edinburgh Castle sits atop one the peak named Castle Rock. The other is Arthur’s Seat, which is the highest elevation in the city. Maybe Arthur chose this for his seat, so he could keep a watchful eye on all the goings on in the city. On the Isle of Skye, the craggy and jagged peaks of the Black Cuillin Hills (pictured here) are also remnants of volcanic eruption. The views are undeniably some of the most magnificent in the world. Then there is the highest mountain in Scotland, which erupted so violently millions of years ago, that the mountain caved in on itself, leaving only the collapsed inner dome, which we know today as Ben Nevis.

In Wales, Snowdon Volcanic Group erupted over 450 million years ago, located in Snowdonia, named after Snowdon, the highest peak in its range.

Though these and the others around Britain are now considered extinct, they have left their wonder solidified in the landscapes for us to discover and enjoy. Have you been blessed enough to visit any of these peaks? Or maybe you have a St. Helens eruption story to tell? Leave a comment and tell us about it!