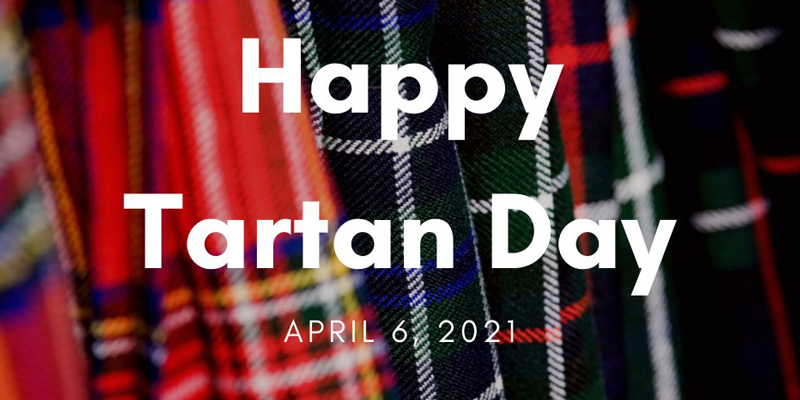 Originating in Canada in 1986, April 6th is known as Tartan Day, a day to honor the Scottish heritage of Canadians whose ancestors settled in Nova Scotia. It is now observed by the US as well as other countries.

This day is also the anniversary of the signing of the Declaration of Abroath in 1320, giving Scotland independence from England. Here are some excerpts from the declaration.

“…for as long as one hundred of us remain alive, we will never consent to subject ourselves to the English.”

“But after all, if this prince [King Robert] shall leave those principles

which he hath so nobly pursued, and consent that we or our kingdom be subjected to the king or people of England, we will immediately endeavor to expel him as our enemy, and as the subverter of both his own and our rights, and will choose another king who will defend our liberties.”

It is moving to see in these words, that the people of Scotland were not reluctant to make it clear that, should their leader deviate from the will of the people in which he represented, they would take matters in to their own hands and he would be replaced.

Tartan Day is typically celebrated with parades, pipe bands, and people sporting their favored tartan plaid in one form or another, kilt, tam, or scarf. This year, though, you can get away with staying home and sporting your favorite tartan pj’s!

Interested in becoming a sponsor? Fill out the form below, and a member of our board will be in touch soon!